by phoebe
Comments are off 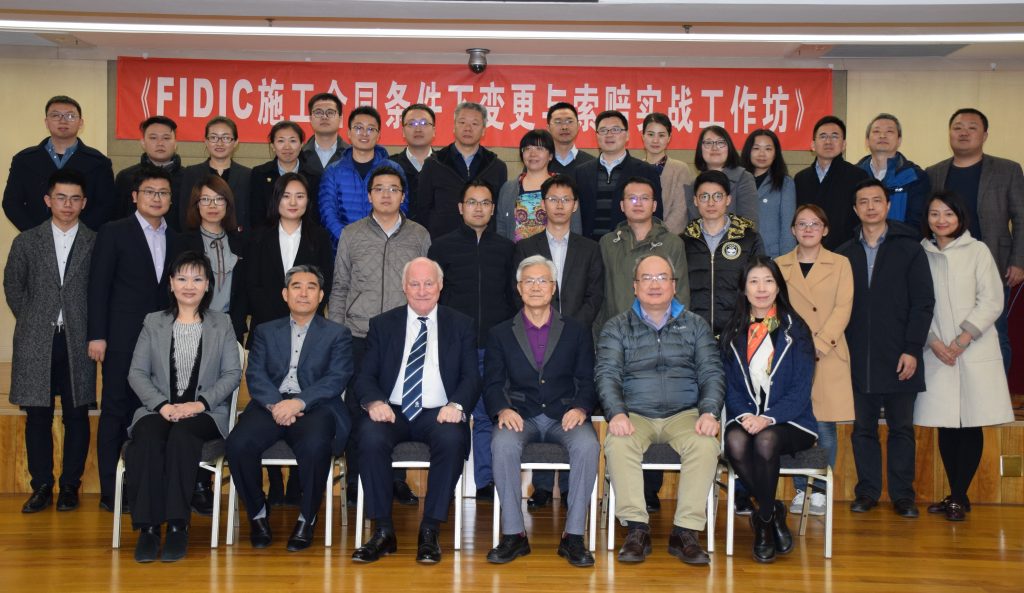 Between 19th and 21st March 2018, BK’s Group Managing Director, John Battersby, Director of Training, Dr. Brenda Yip and Director – Contracts, Alan Chan, in collaboration with WOW, conducted a three days training course on the “Management and Administration of Claims and Variations on International Civil Engineering Contracts” at MCC Tower, Chaoyang District, Beijing.  This was the second such training course conducted by BK in collaboration with WOW in Beijing.  Further training courses are planned in other major cities in China during the coming twelve months or so.

Beijing WOW Project Management Consulting Co., Ltd. was established in 2005.  It is a knowledge-based enterprise focusing on the “One Belt and One Road” initiative.  Over the last decade, based on local industry practices, WOW has been actively integrating global superior intellectual resources to provide Chinese companies with a three-dimensional solution that supports talent development in the “One Belt and One Road”.  It gathered top-level teachers from the political, business, and academic fields.  Its services cover more than ten different fields such as engineering and construction of building and transportation sectors.  Hundreds of large-scale enterprises and institutions in different fields are the main group of customers, such as CCCC (China Communications Construction Corporation), China Power (China Power Construction Group), CSCEC (China State Construction Engineering Corporation), China Energy (China Energy Construction Group), CREC (China Railway Engineering Corporation), CRCC (China Railway Construction Corporation), CNCEC (China National Chemical Engineering Corporation) etc.  More than 150,000 professionals have been trained over the last decade and more than 500 project cases in construction industry have been accumulated. 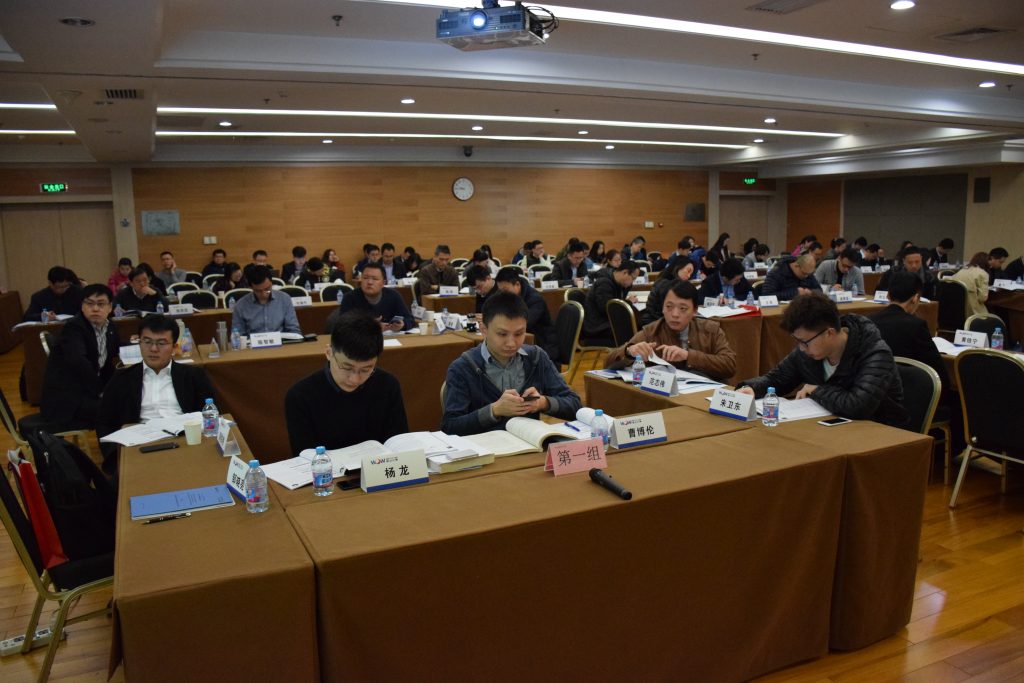 The training course was of particular importance to those Chinese construction professionals who are working on “Belt and Road” projects under China’s initiative of “One Belt One Road”.

All briefings, presentations and lectures were given in English as International Civil Engineering Contracts, are written in English, and it was therefore necessary for delegates to have a reasonable working knowledge of the language.  However, English/Chinese interpretations were available throughout the training sessions from experienced professionals with knowledge of these subjects and the extracts from the FIDIC Contract referred to in the workshops had Chinese translations.

The purpose of these training sessions was to give the participants the opportunity of:

The practical exercises were carried out in groups to reflect a project team approach to contract administration.

The workshops took as their subject a project to construct a Sewage Treatment Works under the FIDIC Conditions of Contract for Construction’s General Conditions, 1999 Edition.

In addition to extracts from the FIDIC Conditions of Contract, delegates were provided with:  layout plans and sections of the Works to be constructed and changes thereto; the Programme submitted under Clause 8.3; details of delays and changes and variations to the Works; as-built programme with the delays identified and quantified; relevant financial information; relevant methods of measurement; and details of claims made by sub-contractors.

As the Contractor, delegates were required to: 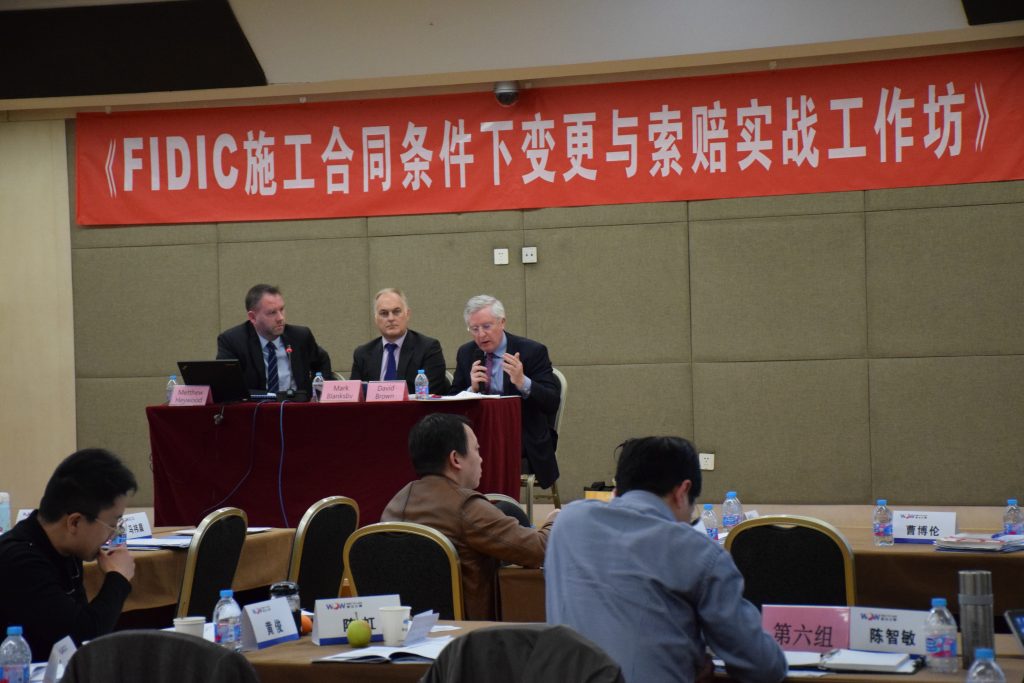 Prior to the workshop exercises there were lectures and discussions on the requirements of the FIDIC Conditions of Contract for Construction’s General Conditions in relation to prolongation and disruption claims and various principles to be applied during the workshop exercises such as:  time for completion and extension of time; “float” in programmes; notice of EOT claim; concurrent delays; valuation of variations, measurement and re-rating; estimation of direct and indirect costs allowances in BQ rates; notices of financial claims; elements of prolongation and disruption.

At the end of the second day Clyde & Co’s partners, David Brown from Clyde’s Paris office and Matthew Heywood and Mark Blanksby from Clyde’s Dubai office gave a presentation on the changes from the 1999 editions to the new 2017 editions of the Red, Yellow and Silver Books. 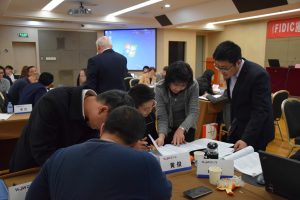 At the end of the third day, WOW organized a very lively debate on whether the Engineer (in the Red and Yellow Books) or Employer’s Representative (Silver Book) is there to act impartially or in the Employer’s interest when making Determinations.  The judging panel was made up of Engineer Yongjie Xu, Director General of the Overseas Business Department of China Metallurgical Group Corporation (MCC), Wu Zhixin, Dean of International Construction and Investment Academy, Beijing WOW Project Management Consulting Co., Ltd, John Battersby, Dr. Brenda Yip and Alan Chan.

On the day following the training course, Engineer Xu and John Battersby were interviewed on live video link to Chinese Contractors working around the world to answer questions about the challenges facing Chinese Contractors on “Belt and Road” projects.  Questions from on-line watchers were also answered live. 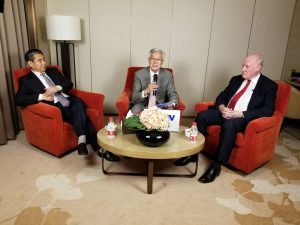